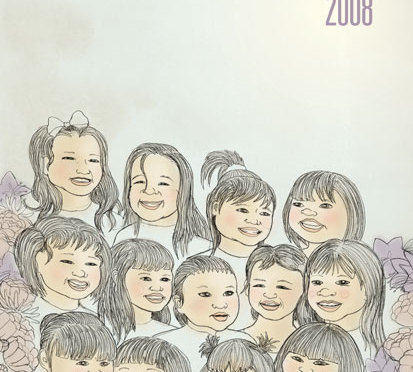 “Assume rapport” is a phrase I’ve only recently become aware of (thanks, Cowboyo), though I had already been applying it to my life (albeit for only a short time). It basically means that whenever you meet someone, you should start off by assuming they like you. Even further, you should make like you’ve been friends forever. This strategy helps to ward off awkward conversations and makes for a shorter segue between boring small-talk (the weather) to more productive conversations (anything BUT the weather).

For the earlier part of my life and particularly after my hormones started re-arranging my brain pathways, I felt like an outcast, but not in that goth-kid-gonna-shoot-up-the-school kinda way. I always had friends (and good friends, at that) but I was constantly worried about the ongoing popularity contest. I easily resented those who I perceived as threatening and made up stories in my head about what they were saying about me. As time went on, that defense mechanism honed itself well enough to produce some horribly boring nights where attempting to reach out to anyone seemed futile.

There was always that little voice that thought it knew more than I did, who reminded me of my failures and potential failures, leashing me to the post. Part of this stemmed from my unique areas of interest, such as comic books, drawing, type faces, vegetarianism, and my extreme lack of sports knowledge.

But I started to get sick of standing around and avoiding eye contact for long periods of time. It was made worse when I went out to bars with friends, where I didn’t drink. I guess people get nervous by that. But conversations flowed a lot more easily between the inebriated because they became more willing to drop the pretenses.

Somewhere in there I began to realize that, within these awkward stand–offs my counterparts hated the awkward silence just as much as I. I don’t think there are many people who would prefer that kind of silence, so I started taking it upon myself to force a conversation. It was a lurching kind of conversation at first, as I began honing my skills, but it became much easier when I recognized people like talking about themselves, so that’s where I pushed. “So what’s new” is one of my favorite starting points, even with people I just met. No matter how boring one’s life is, there is always something new. And odds are, whatever they bring up is bound to be exciting to them, which inevitably produces more material to talk about. And the more we talk, the more we find common points around which to relate.

I talk with the friends of friends. I talk with co-workers and their wives. Sometimes if the flow of foot traffic on the sidewalks permits, I talk to total strangers. It can still be tough, but it’s getting worlds better.

The above was done for a client who is in charge of a yearly reunion for thirteen adopted Chinese girls. It was a grueling illustration that required a couple hours every day simply to sketch and re-sketch each face until I was happy with how they looked. Each face had to look unique to each girl, and, of course the most important girl in the group, the one who’s mother was my client, proved to be the most elusive to draw. Finding the caricature points on somebody like Peter, who is round, mustachioed, and jolly is certainly much easier by comparison. But overall, it was worth the time and challenge, and now the girls should have a nice print to hang on their walls.

My aim is off on my trip to Target →
Single