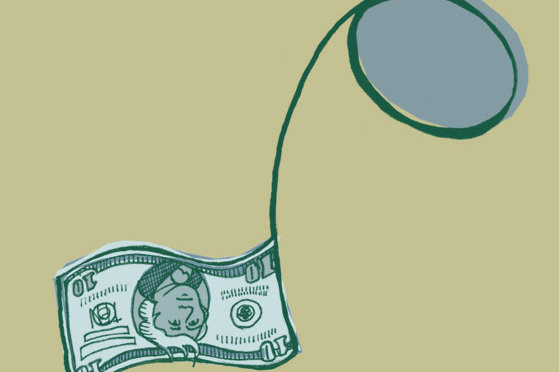 Okay, so this site isn’t exactly in working order, but I’m gonna put something else up here, cuz I’m sick of looking at the last post.

So what works? Basically everything on the right-hand column works…i.e. the links that take you out of my site (so make sure to return!). The perma-links mostly work, but I’m still troubleshooting some of that.

The galleries and archives still require much more work. Anyway, on to the blog.

The Current State of the Music Industry

Here we go again, eh? One of the big guys has decided to try out a new form of buying music. The download card.

You know, the idea of a download card is not a bad idea…in the right context. Imagine going to a show and seeing a band and then wanting their music afterwards. Many, many, many bands don’t have the resources to record, mix, master and then PRESS and PRINT the album and artwork.

It makes sense for small budget bands to pay for plastic cards to sell at their shows instead of investing in CDs. Most kids who go to shows these days are just gonna rip the damn thing and put it on their digital player.

Selling the cards gives the band “cash right now,” rather than hoping the kids will go home and remember to buy their album hours from then. Car salespeople know that when a potential customer leaves the lot they’re more than 90% sure that that person will never return. Plus it gives that “tangible collectability” that many people still desire.

So it’s not Celine Dion and The Backstreet Boys who will make them work. The record industry doesn’t want to wait five years for the trend to even begin taking root at the bottom and make their profits ten years from now. And by not exhibiting patience, they’ve destroyed the idea before it gets off the ground.

This new way of buying music has to grow up. You sell records to old people, CDs to people, and “new media” to young people who aren’t rooted in their time. Most of their current target market won’t accept a clunkier paradigm shift. How many of them, do you suppose, are still using Internet Explorer 6; they won’t download Firefox because it doesn’t make sense to them and it also scares them. Too much work. Too many “viruses.” IE 6 reigns.

The cards have to be convenient to work. The record industry might as well be trying to sell us cassettes, claiming them to be smaller and more portable than CDs, never mind the whole “Rewind/Fast Forward.”

Now, the fallacy would be believing that this system, even implemented properly and successfully, will exist in 10 (or even 5) years, so the whole point is moot.

Nice try, music execs, but it’s back to the drawing board.

A Drawing Club: Because idle hands are the devil’s playthings →
Single