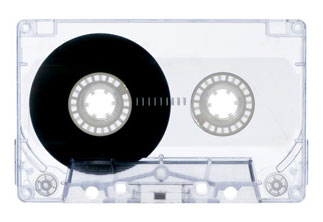 The mixtape has returned with a fury. Two services, launched within a day of each other offer the ability to customize and share a streaming playlist. The first was mixwit.comand the following day, muxtape.com was released.

I had been tracking the word “mixtape” on Twitter for a little while when suddenly tweets about mixtapes flooded in. This might just be the first internet phenomenon I’ve had the pleasure of witnessing from the start.

The two services provide two unique ways of compiling your list. Mixwit allows users to search using Seeqpod for mp3s already freely available around the web. This provides a quick way to compile, but limits the quantity of tracks as well as the quality. Some tracks don’t play at all. This does take much of the legal burden off the shoulders of the Mixwit people, though. Mixwit also allows users to embed the tapes into blogs and social networks and the have announced plans to extend their services through Flickr, YouTube, and the rest of the net as well.

Muxtape, on the other hand, simply allows users to upload their own music from their own collections, arrange up to twelve tracks and disseminate it through a nice and tidy url (such as littletinyfish.muxtape.com). Listeners stream the music. You can’t embed the tracks, but what the site lacks in gadgets it more than makes up for in sleek, inspired style.

Muxtape’s legality is a little murky, though. Since you are theoretically copying music to a centralized server, that means Muxtape is holding on to a large amount of copyrighted material for which it did not pay. The suits may also question the legality of a broadcast without the proper licenses and, more importantly, paying the proper fees. However, I do notice that their player interacts with Amazon.com, so perhaps this is is less risky than it seems.

It’ll be interesting to see how strongly the record labels will react to these new services who’s popularity has burst forth like a water balloon, soaking the fibers of the internet. It’s obvious that the public WANTS this service, and lately the industry seems to finally be listening.

I don’t think the industry should take issue with streaming a series of audio files (though the RIAA may will want broadcast royalties). But I know that I would be much more willing to buy an album if the track was tossed into a killer mix. It’s the exposure and inspiration that drives me towards wanting more and the big wigs should be happy to hear that.

I’m already imagining the integration that these sites could provide. I’d like to be able to pass the mixtapes through Last.FM to chart what I’ve been listening to. I’d like to be able to rate the tapes, tag them, save favorites, and in the case of Muxtape, embed them. It might be nice to see their popularity. It’d also be great if Muxtape gave you the ability to “re–mix” tracks from other mixtapes into your own as easily as Tumblr allows you to re–blog posts.

And of course the winning (i.e. moneymaking) idea, be able to PURCHASE your favorites. Muxtape should make it easy to download the entire mixtape formatted in a way that makes it look like a legitimate album. Split the money between the site, the label, the artists, and even the mixtape’s creator. The site has been around for less than a week but I’m already confident that I would shell out $12 for johnnyriggs.muxtape.com. Valentine’s Day would be the new Christmas.

We need services like this to build first and ask questions (and monetize) later.